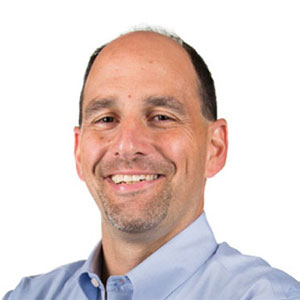 If someone at your organization hasn’t already asked how your business can plug into the Internet of Things, it’s only a matter of time before they do given the volume of rhetoric around the value of machine-to-machine interconnection. Thus, figuring out the best way to grandfather the rising technology of IoT into your core business and infrastructure may seem daunting.

That doesn’t have to be the case. CIOs can harness the most promising capabilities of IoT by sticking to three guiding principles:

• Be willing to experiment
• Don’t go it alone
• Don’t try to solve all your problems at once.

To back up for a moment, it’s important for organizations not to fall into the common trap of either trivializing IoT or viewing it as a cure-all. Neither one is right, and CIOs are ideally positioned to find a middle ground and help their companies understand and adopt the benefits of machine-to-machine (M2M) communication. IoT is more than a buzzword and less than a panacea, but there’s no question it can deliver efficiencies, improve operations and reduce costs when applied to a wide variety of organizations in targeted way.

Those benefits are only going to grow over time and become a competitive edge as IoT takes off. The automotive sector, an early IoT adopter, is a good barometer of how machine-to-machine technology has changed how cars function and what consumers expect of them. IoT has effectively deepened customers’ relationships with their cars, whether via real-time map displays that ease navigation, entertainment delivery, or diagnostics that improve safety and reduce maintenance costs. Customers now expect their cars to be connected and increasingly factor that in to their purchasing decisions.

At the same time, Fiat Chrysler’s recall of 1.4 million vehicles in the wake of a successful auto hack by two researchers underscores rising expectations that IoT must incorporate appropriate security. The recall came days after reports that cyber security researchers used a wireless connection to turn off a Jeep Cherokee’s engine while the car was being driven on a highway. The need to protect M2M communications and secure IoT software against cyber intrusion is a given, but that’s a broader topic deserving of its own article.

The focus here is on the approach CIOs should take to most effectively adopt the power of IoT, regardless of their sector. It starts with the first principle of being willing to experiment.

In practice, that means starting with something that matters, such as a key choke point or recurring cause for concern, and developing a pilot project around it. Identify one key problem to solve and develop a proof of concept to test against it before going ‘all in’ on a solution.

The oil and gas industry, for example, monitors supply chains with sensors to detect leaks as early as possible. With a little imagination, the potential to collect and analyze data with real impact is applicable to many other organizations: hospitals could deploy sensors to monitor expensive equipment to pre-empt maintenance problems; first responders to disasters and emergencies could be equipped with connected devices that would transmit data about smoke levels and temperature that could improve the safety of all involved. These and other applications of IoT can be tested and assessed through cost effective proofs of concept.

The second principle that CIOs should be mindful of is not going it alone. There are two aspects to this, one internal and the other external.

On the internal front, it’s crucial to get buy-in and encourage collaboration from the other divisions that need to be involved in order to run a successful pilot first, to prove the ROI, and then think about enterprise decisions in phases. This will enable you to get access to the data you need in order to shed light on a problem, and to reassure stakeholders that it will be properly handled and shared. CIOs need to communicate both the aim and the value of the IoT experiment so that others will be motivated to help for the greater good of the enterprise.

Externally, not going it alone means that CIOs shouldn’t feel trapped by the need to identify and procure a single end-to-end IoT solution from one vendor, especially when you’re in the proof-of-concept phase. There’s an energetic and creative ecosystem springing up around IoT, and CIOs should make the most of it by figuring out what pieces they need for the phase they’re in rather than searching for one universal solution. In addition, there’s a strong likelihood that some providers will be willing to demonstrate or pilot their own capabilities as an investment and as a way to learn how to best support enterprise customers, further reducing the cost and risk for testing IoT solutions.

The third and final principle for CIOs is to resist the temptation to solve all your problems at once.

This relates to the first principle of starting small. If your business is a hospital, for example, start with one targeted area – a lab, the OR or the ER – and go from there rather than trying to wire the whole enterprise. Pick a target problem or area that’s going to have impact, and know what kind of data you want to collect. Managing expectations and avoiding overpromising goes hand in hand with starting small and smart. IoT isn’t going to solve every problem in your enterprise or revolutionize behavior overnight, but the power of the technology is evolving, and businesses will evolve with it.

"IoT isn’t going to solve every problem in your enterprise or revolutionize behavior overnight, but the power of the technology is evolving, and businesses will evolve with it"

In closing, CIOs need to keep in mind that the ROI on IoT is still in the early stages, and should ensure that their organizations understand that. They need to be patient and methodical to reap the benefits – and act according to the three guiding principles articulated above.