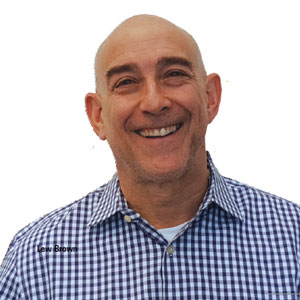 IoT is a very broad term widely being used to represent the idea that all objects can be connected. However, the Internet of Things (or Internet of Everything as it has also been coined) spans a vast array of fields, applications, devices, and deployments. While the idea that we will connect all things over the Internet is a pursuit that has incredible potential value, there are constraints and challenges that must be faced in the foreseeable near term.

One clear obstacle to achieving the IoT vision is that there is so much value being ascribed to the con­nection of objects that the largest tech­nology enterprises are competing to drive the choice of standards and tech­nological solutions. This frenzied com­petition to control the connection has ended up obfuscat­ing the realization of more widespread IoT adoption. An example of this can be seen in the pleth­ora of platforms, physical communi­cation methods and protocols that are being supported by tech­nology giants. In fact, many of the majors hedge their bets by supporting multiple competing areas.

Ultimately, the end-user, be it a homeowner, commercial building owner, factory owner, service provider or whomever, doesn’t really care about the name of the standard or protocol. Users just want it to work. They want it to be easy. There are simply too many protocols and too many heavy hitters backing them at this point for one to quickly emerge as the widely adopted standard.

Additionally, there are very real technical and practical differences between the com­peting standards. Each connection protocol has advan­tages and disadvan­tages with regard to key engineering and manufacturing factors: Power con­sumption, Radio range, Network to­pology, Bandwidth, Security, cost, Ease of device network inclusion, and In­ternational compat­ibility.

IoT will not revolve around the adoption of one standard, but rather will require the peaceful coexistence of multiple protocols.

In this environment, the heavy lifting will be done by robust, open and well-architected platforms that are protocol and physical layer agnostic. Such solutions work to bring the most viable, topical and financially opportunistic products to mar­ket, regardless of their standard.

A bridging platform that works with several different protocols makes the standards and protocols invisible or less prominent, to the end user. Users can simply purchase new IoT devices and add them to their systems, without worrying about compatibility.

Of course not all solutions are built with this philosophy in mind. Many companies have chosen the walled garden approach, creating proprietary solutions that not only limit user choice regarding protocols, but even what their choices are within that protocol in pursuit of the all-one-brand system. But for IoT to succeed, such single-brand thinking must ultimately yield to a more universal embrace of all IoT devices.

Right now, as IoT is in its infancy, the single-brand and/or proprietary strategy has merit because today’s users are not really buying IoT per se; rather they are buying a security solution, or a lighting automation system, or an energy efficiency system, etc. But as users come to realize that their security solution can also be their heating and cooling control system and their light controls and so on, the limitations of the proprietary approach will become self evident.

The best thing for users in today’s IoT environment is a simple, easy to use solution that communicates over multiple protocols as well as over the Internet, and provides them with the true power of IoT by enabling interactions between devices, even those utilizing different connection standards.

The User Interface: Key to Simplicity

Whether the software engine is running on a controller, set top box, router, or other device (camera, keypad, etc.), the key to success is creating a simple, unified, end-user experience. The end-user must be able to go to a single user interface to get the actions, scenes, schedules, alerts, notifications, triggers, etc., that they need to perform the necessary tasks in a easy to use, seamless way.

At MiOS, we have coined the expression, “it’s not about what you CAN do, it’s about what you don’t HAVE to do”. Meaning that the intuition and intelligence of the IoT system will be a bigger driver to adoption and usage than simply what “standards or protocols”, are underlying.