Cloud Computing in Media and Advertising

Cloud Computing in Media and Advertising 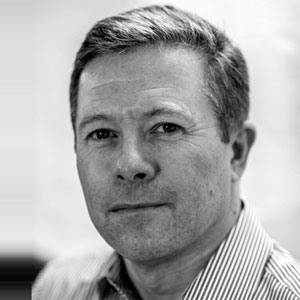 Share your experiences through CIOReview
It is hard to believe that it is nearly 10 years since Amazon launched Amazon Web Services (AWS) with their S3 cloud storage service. Though, at the time it was a surprising venture from a company better known for selling books and CDs, other features quickly followed including their EC2 computing service some 6 months later. As with most new technologies, there was plenty of hype around cloud computing even though at the outset, to many CIOs and IT Directors, the offering shared more than a passing resemblance to a classic data center.

"Cloud computing may seem to be the nirvana, there are still areas where further development and the evolution of business models are required"

Over the course of the next few years, other leading technology companies entered the market including Microsoft, IBM, VMWare and Rackspace, driving innovation and helping companies to begin to realize the much vaulted promise of cost effective, elastic, unlimited on-demand computing power.

This dramatic growth in cloud computing over the last decade runs parallel to the increasing complexity the advertising and marketing business has experienced over this same period. As an example, today ad agencies are fully immersed in using social media to reach consumers, and yet it was only a decade ago that Facebook was created.

Today most companies are using cloud computing in some shape or form either proactively as part of the technology strategy managed by their central IT organization or because the technology has crept into their organization via business units. The latter are often enabled through the ease of service provision that cloud service providers offer relative to the old school data center, not to mention that they quickly recognized they were marketing directly to communities thirsty for speed and agility.

At a time when data segregation, retention, privacy and physical location continue to be high on clients’ minds (not to mention agency CEOs) it is vital that IT, Risk and Legal departments work together to establish strong controls and education programs. This is to ensure that the undeniable benefits of cloud computing can be harnessed for clients and agencies without compromising security and access controls.

Like many companies, McCann Worldgroup’s (MWG) agencies’ initial forays in the early days of cloud computing took the form of hosting and storage. However, as companies began to develop specifically for the cloud, rather than using cloud computing as a tagline to revitalize old technologies and products, new opportunities began to emerge.

In the case of MWG, opportunities like delivering a Digital Asset Management (DAM) platform, which previously had to be deployed and managed as a local application, to a global audience at a fraction of the cost without compromising on functionality or performance.

Business continuity and disaster recovery are other areas where cloud solutions have yielded significant benefits by removing the need to restore (an ever increasing) volume of data from tapes in the event of a partial or full server failure. Where previously downtime may have been measured in days, the flexibility offered by a local cache server with online, near real-time backup and archiving, has virtually eliminated the impact of all but the most serious of incidents. What’s more, by removing the cost of tapes and offsite storage, the cloud solution is less expensive than the previous backup operation in addition to all the other benefits that we realized.

However, one critical issue that must not be underestimated is that, with all the services that can be autonomously moved to the cloud, there is a fundamental shift in the skills and expertise needed within the central IT organization (Enterprise Architecture for example). Personnel and skills are key factors that parallel the movement to the cloud and thus it is not only the new technology that can be disruptive to an organization during the transition to cloud computing.

I have been an advocate of developing platforms and products for many years and both have featured prominently in technology strategies I have developed and subsequently executed within Advertising and Marketing agencies. The leverage across the enterprise and longevity through subsequent enhancements and new modules makes this approach attractive on many fronts. The continued advances in cloud computing and new entrants to the market have made such strategies even more compelling.

Although global solutions have been available for decades, they bear no comparison to the functionality, flexibility, and raw power that true cloud computing applications can now bring to clients and the enterprise.

The commitment of our Technology partners have continued to drive the functionality provided in the cloud and, in the case of Microsoft, positioned them as a leader in this technology that is becoming integral to IT and IT teams which must evolve to take full advantage and show value in a cloud orientated world.

Whilst cloud computing may seem to be the nirvana, there are still areas where further development and the evolution of business models are required. Although unlimited elastic computing power can be rented by the minute, software providers transitioning their products to the cloud often have been unable or unwilling to adapt to the pay-as-you-use model. This often stands in stark contrast to new market entrants whose very model is geared to being highly flexible which in turn helps them establish long-term relationships with clients and becomes part of their go-to-market strategy.

The bottom line is that cloud computing is still evolving but what it is already enabling CIOs and their companies in the media, marketing and entertainment areas to deliver has justified the hype from the technology industry all those years ago.

How has the pandemic changed the perspective of Ed-Tech Industry?

Stepping Up To the Challenge: Managing the Business Impacts of...

Drone Delivery: How is it Beneficial?

Digital technology will be the key enabler for Finavia’s growth