How Will 'Internet of Things' Impact My Business?

How Will 'Internet of Things' Impact My Business? 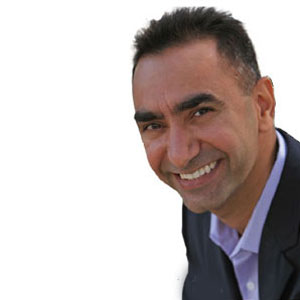 Internet of Things converts environmental information into digital format and transmits data to a central hub for further analysis and actions. The environmental data can be motion, temperature, visual, sound, geolocation, tilt, energy, pressure, moisture, force, flow, vibration, chemicals, and a host of other sensory inputs that can provide deeper insights about the environment of the object or how it is being used.

These three building blocks of IoT are not new, but the combination of the three creates a very powerful tool. With every passing day, sensors are becoming smaller, microprocessors are becoming faster, batteries are becoming powerful, and high-speed connectivity is becoming pervasive across the globe. This progress means we can plugin from any corner of the world and get real-time insights of any sort we want. The ability to capture any form of sensory can create a new form of intelligence that never existed before. The prospect of collecting real-time data out of things has made many entrepreneurs and inventors excited about the opportunities created for both consumers and the business world.

“It’s raining cash in Silicon Valley again” reported Time Magazine in February 2015. The strong consumer demand and healthy dose of venture investment is giving birth to all kinds of IoT startups. The market is already flooded with IoT gadgets, from smart thermostats that can save you on energy costs to heart monitors that can save your life. With such a strong demand for connected things, prices of IoT devices are dropping dramatically, which further boosts adoption. Increased penetration of these devices has its own advantages, including that it can give you insights into crowd behaviors. For example, Waze gives driving directions to get you to your destination in the shortest amount of time by combining maps and traffic conditions data transmitted by its massive network of users.

IoT devices and their apps have many applications in the business world too. You can monitor the health and capacity of machines, track usage patterns, reduce energy consumption, monitor the health of individuals, optimize usage of equipment, balance workloads between various pipelines, respond to changes in the environment, track inventory, and forecast demand based on external factors like usage, special events, weather, traffic, etc.

IoT will penetrate into the business environment in response to three major business drivers:

All businesses want to minimize revenue losses that occur due to outages and downtime. For example, in the Oil & Gas industry, a typical crude oil well can lose $7 million per week if it goes out of service. Installing a $200 device, with a $30/month data plan, to monitor the well’s functions is a no-brainer. A fleet and logistics management can improve operational efficiencies by integrating traffic applications like Waze into its delivery plans. Adding track and trace on top of transportation can further streamline its operations. Similarly, IoT can be used to build new competitive advantages. For example, Tesla introduces new car features tailored to your needs and driving habits remotely. New features can be installed while your car is parked in your garage without the hassle of going to the dealer.

The benefits that IoT can deliver to a business are enormous, but its adoption will not be as straightforward as plugging in a new software. Security is one of the biggest challenges for IoT devices. Despite all the progress in encryption and contextual security management, the IoT industry has a long way to go in ensuring that IoT will not open the enterprise to new security vulnerabilities. Interoperability and integration are the other big challenges since the IoT industry lacks a central authority to govern communication and infrastructure standards.

IoT will also create demand for new skill sets. With so much data pouring out of these devices, businesses will need data scientists who can create the right form of intelligence as it relates to particular business needs. The security profession will see a healthy boost in its industry because companies will demand stronger controls to ensure integrity and confidentiality of data coming out of these devices.

IoT technology is still in its infancy, but it has great potential. Given the attention it is receiving from big players like CISCO, Google, IBM, Microsoft, and Venture Capital firms, the IoT industry will grow and mature very rapidly. It will bring new excitement, challenges, and opportunities for businesses of all kinds. The speed of adoption and impact of IoT will vary depending on the nature of the business, but it has the great potential to disrupt both business-to-business (B2B) and business-to-consumers (B2C) business models. IoT is perhaps the most exciting technological development since the invention of the Internet.

Disrupt Your Legacy Application Portfolio to Improve Security And...

Why a Credentialing Strategy Must be Part of Your Digital Strategy

The Convergence of IT with the Internet of Things Innovation

It’s On People: The Undeniable Cultural Impact in a Digital...

A Promising Road Ahead for Insurtech

Bolloré Logistics Australia becomes a global leader in the use of...